ČT24: The President of the European Commission on the State of the EU

Tereza Novotná spoke on September the 14th 2016 for the Czech TV, where she commented Jean-Claude Juncker's speech on the state of the European Union. 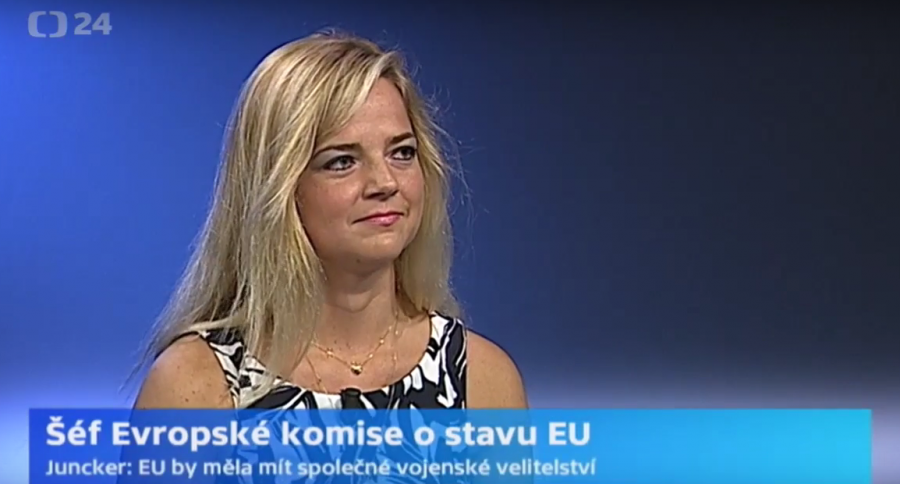 The full interview, in which Tereza Novotna comments on the speech on the state of the Union, its themes and Juncker's emphasis on solidarity alongside with the challenge preserved for the Slovak presidency, can be viewed (in Czech only) on our YouTube channel.