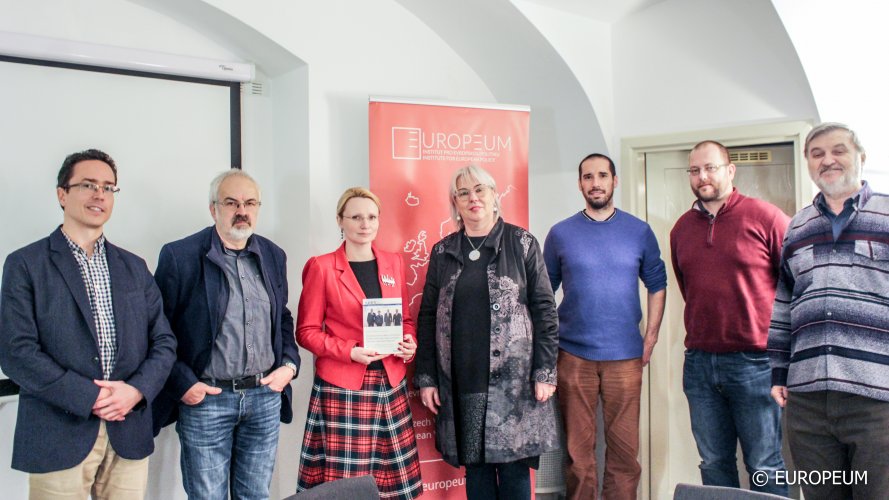 The book’s first part analyses social and political processes that shaped nation-states in the Central European region and shows divergent trends of individual states when it comes to defining a regional approach of the Visegrád Group (Poland, Czech Republic, Slovakia, Hungary = V4). The second part focuses on key personalities of the 20th century history of individual V4 countries in the light of their perception in the neighbouring states and how they shaped national states as well as identities a after the end of World War II. Similar aims and approaches implemented by individual countries often led to anything but raising regional understanding. The book’s third part reflects upon activities of various initiatives aiming to approach this challenge from the perspective of civil society, and Central Europe’s young generation.

The evenhanded and factual character of the contributions presented in this book shows the right way to deal with history, no matter how complicated. It is an example worth emulating.

“Identity may be perceived as a relation between identical characteristics of different objects or phenomena. This textbook significantly contributes to an interpretation of this relation, which is realized in various forms and structures of living, and brings new valuable findings.”