Jakub Ferenčík wrote a blog on the current topic: The Sixth Sanctions Package & the Visegrad Group’s Reliance on Putin’s Gas. Russia's aggression in Ukraine has necessitated another package of sanctions, this time in the energy sector. Due to the lack of alternatives for gas supplies, the Visegrad Four countries had a problem with the implementation of the latest sanctions package. In the end, the EU found a consensus and introduced exemptions for the Czech Republic, Slovakia and Hungary. 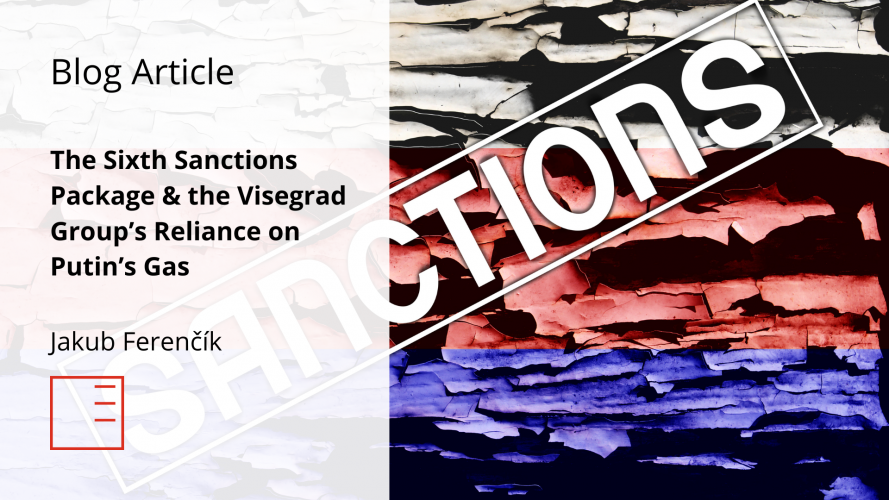 The reason a sixth package of sanctions was proposed is because of the extent to which Russian gas exports to the EU funded their war effort, despite the many sanctions issued against it. According to the Helsinki-based Centre for Research on Energy and Clean Air (CREA), the EU has daily transferred $730 million, which is roughly four times as much as Russia’s daily military spendings.2 As of May 2022, that cumulative estimate the EU has sent to Russia for its exports surpassed $50 billion (EUR 48.1 billion).

The whole article can be found on PDF button.