ČT24: Evaluation of Brexit and the upcoming EU summit

Our director Vladimír Bartovic commented for Studio ČT24 the state of the European Union in the context of Brexit negotiations. 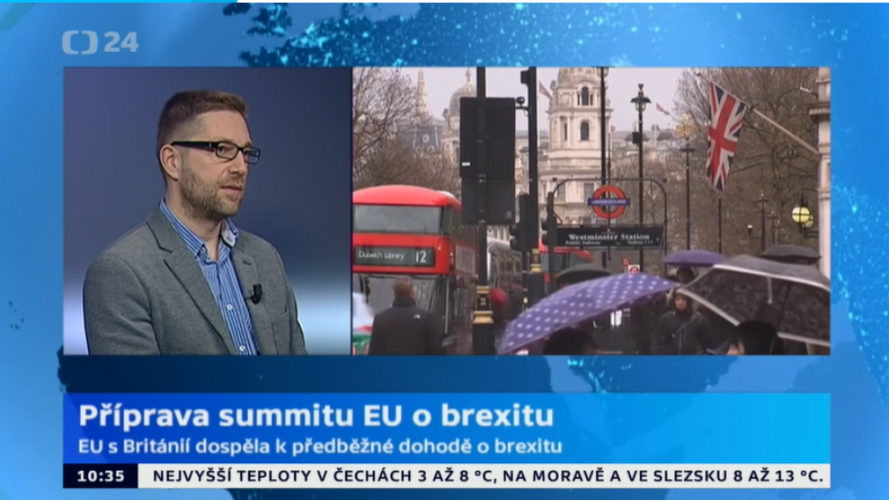 Vladimír Bartovic was a guest of Studio ČT24 where he analyzed the European Union after Brexit and commented also the upcoming EU summit.

The whole interview (in Czech) is available here.