We would like to invite you to the fifth debate from the EU-Pacific talks series titled "U.S. - Japan relations - new leaders, new chance to restore the old relationship". The debate will take place online on the 15th of February and will be broadcasted on our Facebook page. 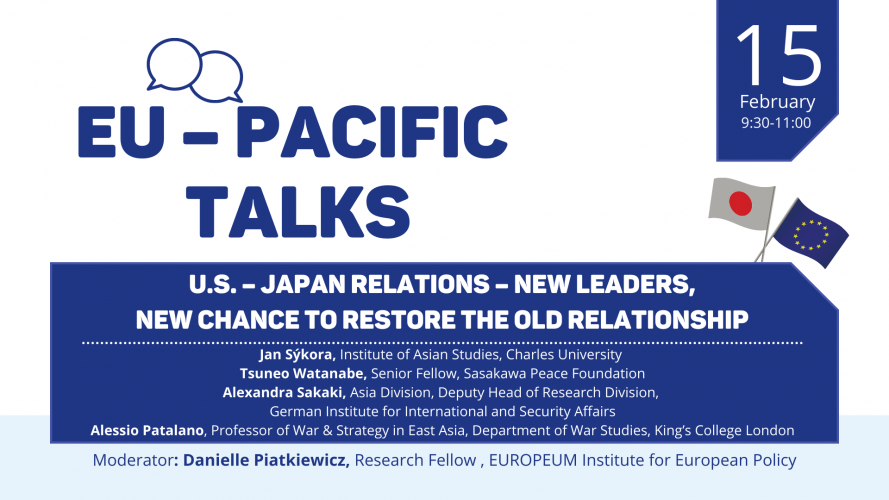 After a rather turbulent relationship between previous US administrations and Japan, the new US president brings a chance for Japan to restore the relationship and unify the approach towards the Asia-Pacific alliance. The Suga – Biden Summit taking place in April sent a very clear message – both governments aim to reinforce and strengthen the ties, support human rights and work towards a more sustainable future while agreed on China becoming the biggest challenge for the alliance. Suga and Biden also released two new joint initiatives - the Competitiveness and Resilience (CoRe) Partnership and a climate partnership.