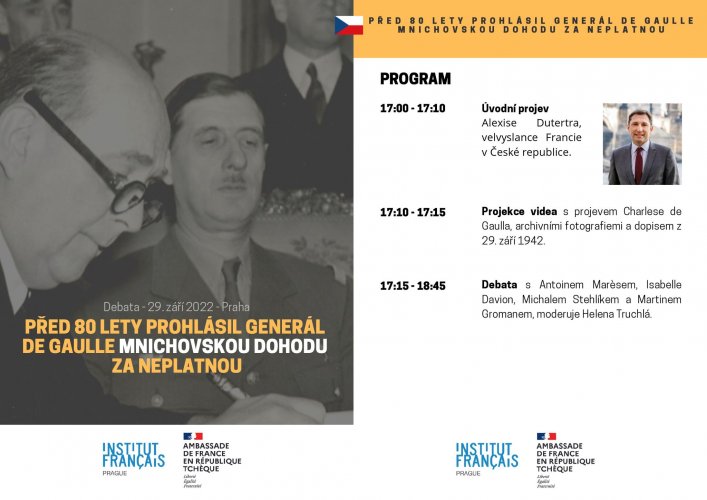 Antoine Marès is Professor Emeritus of History at Paris 1 Panthéon-Sorbonne University.
Isabelle Davion is a lecturer in contemporary history of Central Eastern Europe and the Germanic world at the Sorbonne Université.
Michal Stehlík is Professor of Contemporary History at the Faculty of Arts, Charles University and Deputy Director General of the National Museum in Prague.
Martin Groman is a historian of Czech media with a focus on the 20th century at the Faculty of Social Sciences of Charles University. He also works as a documentary filmmaker, journalist, columnist, moderator and analyst.

The conference is organised in cooperation with the EUROPEUM think-tank and with the support of the Ministry of Foreign Affairs of the Czech Republic, the Charles de Gaulle Foundation and the British Library.