Vladimír Bartovic was on special ČT24’s broadcast about Brexit referendum. 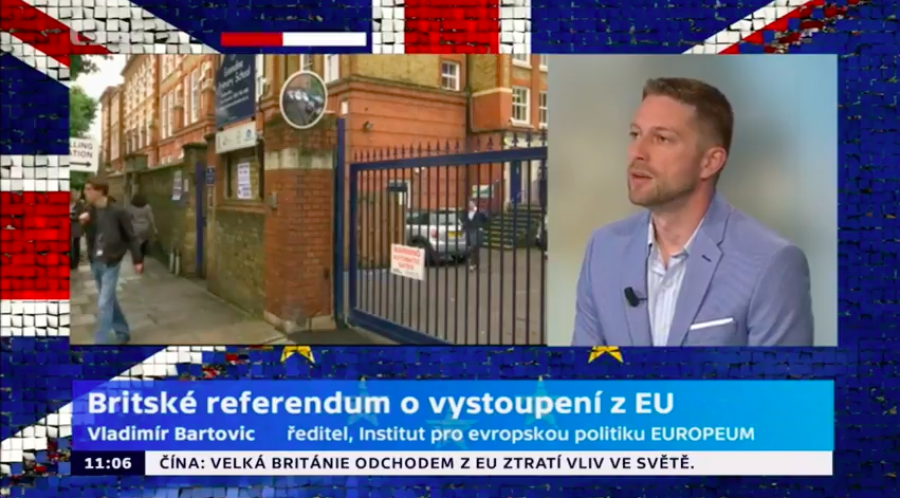 What is in stake for David Cameron? How will the outcome influence the current government? What about Boris Johnson and his politics? And what does the referendum itself cause among the Brits?

You can watch the entire interview on our YouTube channel (in Czech only).