Invitation: Is the EU moving closer to Ukraine? Why mutual perceptions matter

Panel discussion on mutual perceptions between Ukraine and the EU and how these affect the relationship between them. 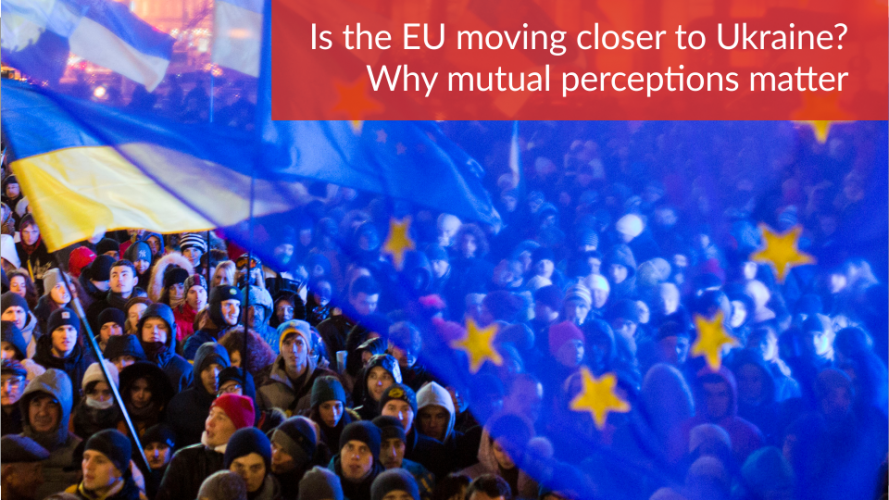 Is the EU moving closer to Ukraine? Why mutual perceptions matter

Now a year and a half after the 2013-2014 Euromaidan events, Ukraine – still a potential success story of the EU's Eastern partnership initiative – finds itself crippled by the effects of the ongoing Russian aggression in Donbas and a dire economic situation. Still, even in the Eastern and Southern regions of the country, more people prefer moving towards the EU rather than joining the Russia-led Eurasian Economic Union. At the same time, the EU, while continuing to provide much-needed financial assistance and diplomatic support to Ukraine, is largely absorbed by the refugee crisis and the conflict in Syria. The opinion poll broached topics such as: How have the mutual perceptions of Ukraine and the EU evolved during 2014- 2015? How can we define Ukrainian attitudes towards the European integration process? How does the Ukrainian population perceive EU efforts to regulate conflict in Donbas, and EU assistance in general? In order to provide analysis about these issues, a group of Ukrainian experts will present the recent results of the public opinion poll held in Ukraine and analyze their implications for the future EU-Ukraine cooperation. Czech officials and experts will, on their part, reflect on these results and offer their perspectives on introducing new dynamics in the EU-Ukraine relationship.
#pannel discussion #Ukraine #EU