ČT24: Refugee crisis and the EU

Diretor of EUROPEUM Institute for European policy Vladimír Bartovic comments on the refugee quotas in a Czech TV programme Horizont. 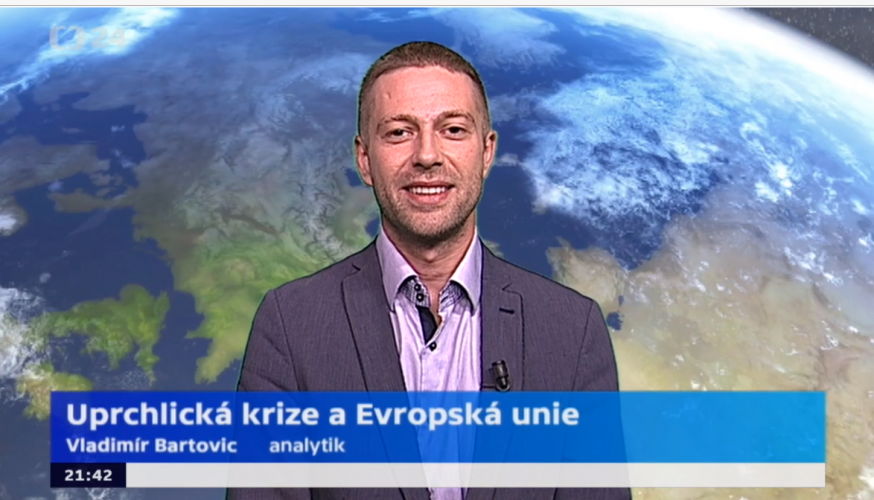 Diretor of EUROPEUM Institute for European policy Vladimír Bartovic was invited to the Czech TV Horizont programme to give his view on the refugee quotas being passed through the European Parliament.

"Ten or fifteen years ago, the the Czech Republic was the final destination for asylum seekers. At that time there was up to 18 thousand asylants here, so the capacities do exist."

"Czech Repulic now finds itself in a group of countries which can be called trouble-makers."

Watch the full programme on the website of Czech TV.