Card games and tricks of the national parliaments in the EU

Ivo Šlosarčík's policy brief regarding the card system and its use in the decision-making process of the EU. 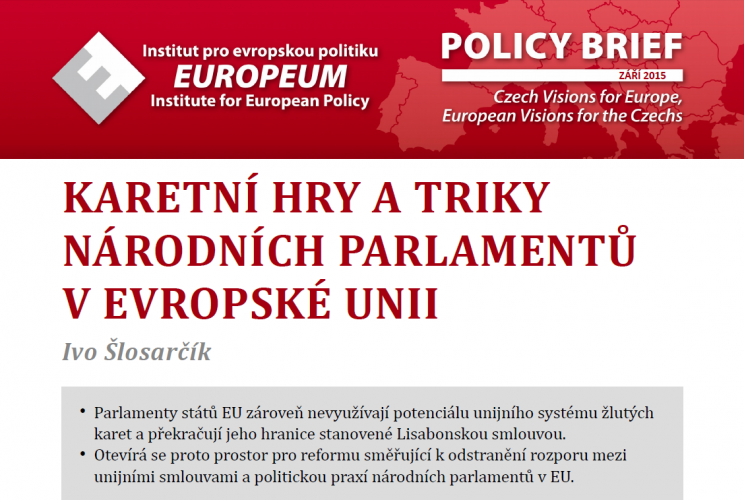 The introduction of the system of yellow, orange and red cards allows national parliaments to directly enter the EU decision-making processes. The card system represents a post-Lisbon mechanism, intended to remedy the earlier weakening of the role of national parliaments through the process of European integration. At the same time, national parliaments were unable to take full advantage of the post-Lisbon yellow card mechanism, due to difficulties in coordinating the activation of the decentralized procedure, and overstepped the limits of the card system due to the scope of their objections. A future reform of the card mechanism might therefore include enhancement of the interparliamentary coordination procedures, a widening and better specification of the range of EU documents succumbed to the card mechanisms, as well as clarifying of the reasons for why they are subjected to the review. Another possibility constitutes introducing a green card, which would encourage the EP to undertake legislative action.