Jakub Ferenčík has written a blog on German dependence on Russian gas. In his post he discusses how the German government's initially positive intention to tie Russia to Europe through economic intergation for political stability has backfired and resulted in the opposite. It mentions the role of former Chancellor Gerhard Schröder, who contributed significantly to Germany's dependence on Russian supplies, and the circumstances surrounding the construction of the Nord Stream 2 pipeline. The second part analyses the legacy of former Chancellor Merkel and her failure to perceive Russian expansionist tendencies. 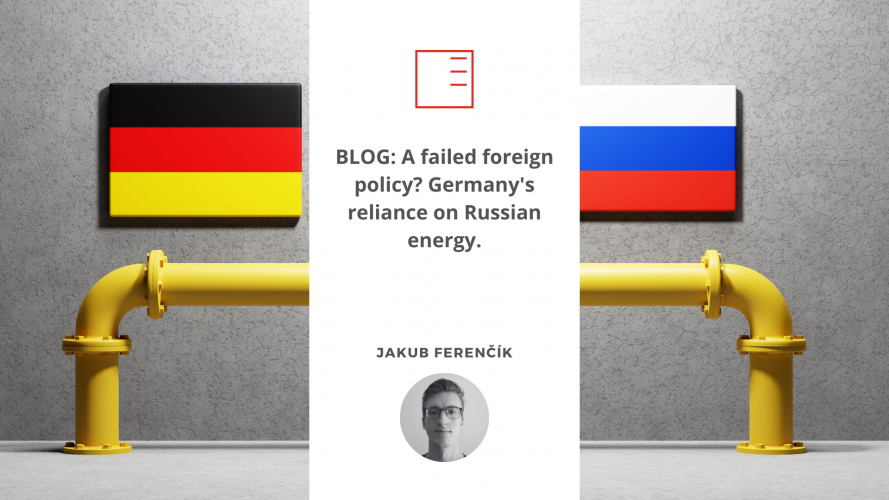 "Ultimately, Germany’s naivety, as one of Europe’s most powerful member states, is merely emblematic of a larger failure amongst national governments; faced with the prospect of cheap energy and domestic political victories, all chose, to various extents, to ignore the red flags that we were faced with for more than a decade. Now, as war once again returns to the heart of the continent, member states and the EU itself pivots to this new reality, Germany included; the ramifications of the fundamental shift in German foreign policy cannot be overstated, raising the question of whether a slumbering giant has awoken to help deliver the EU into a new geopolitical era, or if the politics of convenience will once again emerge when the dust settles."

You can read the whole blog by clicking on the PDF button.