TRT World: Is the Czech Republic's Government on the Verge of Collapse? 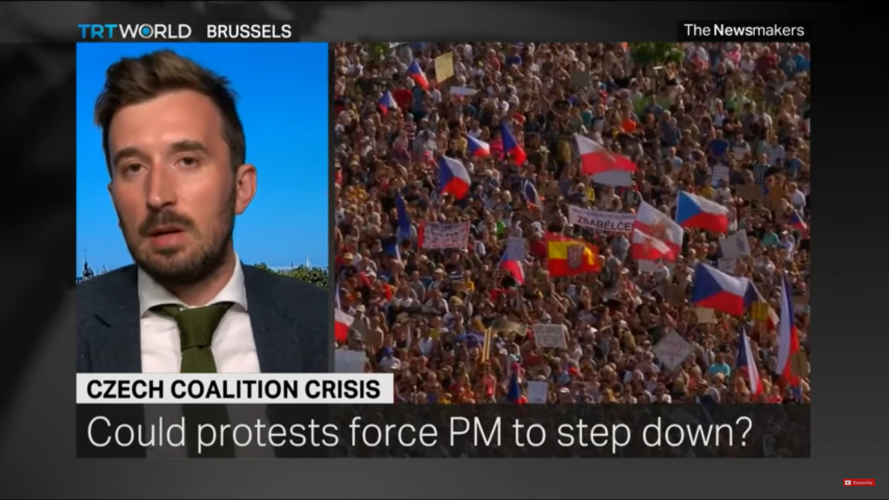 Michelot talked about the possible end of the coalition of Andrej Babiš and the social democrats as well as the recent protests, including the largest one since the 1989 Velvet Revolution.

"This is not just about one man. Babiš, the prime minister, is a sort of a smaller symptom of the whole problem that the citizens of the Czech Republic have been clamouring a few weeks ago on the plain of Letná. The people are mostly fed up with the abuses of rule of law, with the fact that the judiciary system no longer seems to be independent and, in a way, Babiš, of course, embodies all these problems.

But it’s a longer string of cynicism and problems the people have felt, even the lack of connection the people have felt with the politics in the last few years. And unfortunately, because of his aggressive personality and style of government, Babiš is bearing the brunt of perhaps 10 or 15 years of concerns of the Czech population."

You can watch the full video on the TRT World site or below: